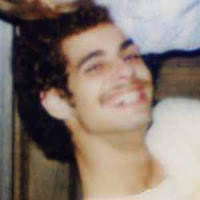 The first time I met Mark was in 1979 and we were both in our late teens. We lived in the same apartment complex in Orlando, Florida. The thing I remember most about this thin young man with curly hair was his smile, it lit up the room. 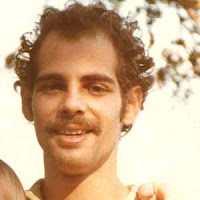 In 1981, I saw Mark again. I was helping out with a big promotion at the club where my first husband worked and Mark was there with his Dad, who was my husband's boss. I immediately recognized the bright smile and the curly hair (though there was less of it). 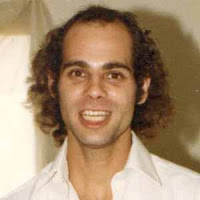 The next time I saw Mark was in 1985. My first husband had died in a car crash in 1983 and a few years later I started dating and got engaged to Mark's Dad. Mark was thrilled that I was going to be his stepmom. He still had that brilliant smile but even less curly hair.

Over the years, Mark and I remained close. We had more of a brother/sister type relationship than parent/stepchild (I was just 18 months older than him). Mark always remembered my birthday and would usually send me a Mother's Day Card just to tease me. He loved to call me Mom.

We were alike in many ways. Neither one of us had children of our own. We were both "go with the flow" kind of people and not interested in being over-achievers. If the electric bill got paid and there was food in the fridge, life was good enough. 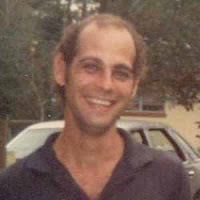 Mark loved kids. He babysat half the kids in his neighborhood, and as they grew up and had kids of their own, he babysat them as well. There must be a hundred people who called him Uncle Mark. He took in stray cats, dogs, snakes, hamsters and "down and out" friends. His home was overflowing every holiday. Everyone loved Mark. He would literally give you the shirt off his back or his last dollar, if you needed it. Every time I saw Mark, he still had that brilliant smile and less hair.

When I was getting in bad shape, before I got diagnosed with Parkinson's disease, Mark offered to move from Orlando to Arizona to help. We said not yet, but knew we could always count on him. 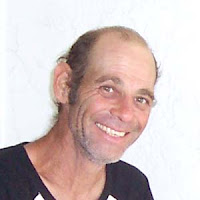 The last time I saw Mark was at Travis' (our grandson) high school graduation in 2009. It was a big event and we made the grueling trip to Florida. I drove everyone crazy by snapping pictures. I didn't know when or if I'd be able to make another trip. Mark, once again, offered to move to Arizona, but I said not yet.

We started looking for a house when we got back to Arizona, the park model and my Parkinson's were battling each other daily. There was an empty four-unit condo building for sale. It had garage space for eight cars (my Wonderful Husband would love that) and a fabulous view (something I wanted). A single unit was plenty big enough for us and Mark could live in one and we could rent out the other two. Mark would be nearby and he could do the maintenance. We were excited about the possibility. Mark called on Sunday, but we didn't mention our plans to him, we had an appointment to see a Realtor on Monday and we would call Mark on Tuesday.

Tuesday morning, August 11, 2009, the phone rang. It was Lynn, my stepdaughter. She was hysterical. Mark had a heart attack at work. He was gone. Mark was gone. He was only 47. It was just nine weeks after our trip to Florida. I thought he'd be making our final arrangements, not the other way around.

Today is three years since Mark became an Angel. Our home is filled with those last photos of all of us. Everyday, Mark's brilliant smile lights up my heart. I can still hear him calling me Mom and I was proud to have him as my son. I miss him.

Posted by Parkinson's Humor by Yuma Bev at 5:25 AM