For most of my life, I woke up hungry. It didn't matter if I ate a large meal right before I went to sleep. I'd still wake up hungry. There was never an argument about who got to use the bathroom first; because I was going to eat before I did anything else. If I could have figured out a way to have my bowl of cereal with the cold milk in it on my nightstand, I would have gobbled it down before I even climbed out of bed. I always ate within ten minutes of getting up. Always.
Then came my Parkinson's diagnosis and a carbidopa-levodopa (Sinemet) prescription that needed to be taken as soon as I woke up AND on an empty stomach. The medication made me feel a bit queasy so my cereal got delayed by an hour and I lost a few pounds.
A few years later, I started taking a dopamine agonist along with the Sinemet. Soon after, I found I was hungry for sweets and I gained a few pounds.
Then I had my DBS surgery and stopped taking the agonist and my hunger for sweets slowly disappeared. However, I kept gaining weight. How much? Almost 15 pounds!
Prior to having the DBS surgery, I heard stories from others that weight gain afterward was common. My Parkinson's specialist confirmed this phenomena, but didn't know the exact reason.

Then I realized that I was NOT waking up hungry. In fact, I never felt hungry. I was eating because my Wonderful Hubby would say it was time to eat. If I had extra milk in my cereal bowl, I'd add more cereal, but not because I was hungry. Instead of eating a few potato chips, I would eat the whole bag but not because I was hungry. I'd just keep putting more servings on my plate until everything was gone. Not only did I not feel hungry, I wasn't ever feeling full either. No wonder I was gaining weight! The part of my brain controlling hunger and fullness wasn't working correctly.
Was the DBS to blame? Maybe?
I had to do something. I started to control my portions. No extra cereal for breakfast. I count out my potato chips. I allow myself one low calorie healthy evening snack, usually oatmeal or a frozen fruit bar. I am now back down to my pre-surgery weight and I'm still never hungry. 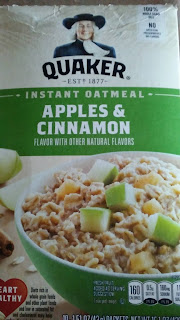 Looks like I won the Parkinson's Hunger Game!
PS Has anyone else with DBS experienced the same thing?
Clicking on the colored words will open a new window and take you to a different story or website.
Posted by Parkinson's Humor by Yuma Bev at 6:24 PM 2 comments:

Copyright and Use of material hereinUnless otherwise indicated, all information contained on this Web site, such as text, graphics, logos, button icons, images, audio and video clips, is copyrighted by and proprietary to Beverly Ribaudo and Parkinson's Humor. The content displayed on any page of this Web site may be used for personal and noncommercial uses which do not harm the reputation of Beverly Ribaudo or Parkinson's Humor, provided that the user does not remove any trademarks, copyright and any other notice contained in such content. ©Beverly Ribaudo 2011, 2012, 2013, 2014, 2015, 2016, 2017, 2018, 2019, 2020, 2021, 2022.